How to Explain Medical Cannabis & Industrial Hemp to Your Grandparents

Many Grandparents, and maybe you are one, have seen or been exposed to Hemp Education on some level via the US Government.

Back in the 40’s the U.S. Government required a certain amount farm land to be committed to growing hemp for the war efforts. The image above that says, “Hemp for Victory,” was a video put out by the Department of Agriculture, which you can find on YouTube here.

They even developed a short film educating farmers about how to grow and process hemp for textiles, ropes, garments and the like!

However, shortly after the war ended so did the drive to grow industrial hemp​n the United States.

​As a matter of fact there was a followup campaign developed by William Randolph Hearst and his cohorts to demonize the cannabis and such films as “Refer Madness” and “Assassin of Youth” were distributed to communities nationwide – and even internationally!

Because of these comical and profoundly inaccurate films the wool was pulled over the publics eyes, about the true benefit and value cannabis has to offer.

Let’s Clarify – What is Hemp?

To get right to the point, hemp is the non-psychoactive variety of the cannabis sativa plant.

It’s been cultivated for as long as 10,000 years and has been used across the world for centuries – for products such as food, shelter and clothing among many other items.

You cannot get high from consuming industrial hemp – no matter how much you consume, and no matter what part of the plant you consume.

That’s why it’s legal in over 30 industrialized nations around the world (such as Germany, France, England, Spain and Canada to name a few).

Hemp is an annual plant that grows from about 15 to 18 feet tall, depending on the type of cultivar being farmed.

If you are growing hemp for fiber uses, like rope, fabric, yarn, twine, etc, then you may want to grow a cultivar that has taller genetics.

So mention to Grandma that hemp is nothing that will alter or change your state of consciousness like its THC-rich cousin – Medical Cannabis, which we will get into shortly.

And get this, hemp may have helped save Grandpa’s life or clothe him at one point – years ago…

Grandpa, Hemp May Have Covered Your Ass & Saved Your Life!

Once all that hemp was grown (about 30,000 acres a year), mainly in Kentucky and surrounding states, it was turned into fatigues, parachutes, bags, and many other war related items, like rigging on the ships and laces for Grandpa’s boots!

The USS Constitution, “Old Iron Sides”, had more than 60 tons of hemp rope and cordage! Not to mention all of the sailors wearing hemp fatigues as well…

Historical Medical Uses for CannabisPrior to the early 1920’s Medical Cannabis was used as a foundational herbal remedy in the pharmacopeia of American Doctors across the nation. It was in there medical bags, they used to travel with from patient to patience.

Doctor’s did actually go to the patients’ homes back in those days. And in fact they often carried bottles of Cannabis remedies for different ailments (pictured above).

Rather than going into the nitty gritty detail about this, I suggest you invest in one of the BEST BOOKS on the subject, by Cannabis Movement Pioneers, Jack Herer and Chris Conrad called, “The Emperor Wears No Clothes.”To give it to you in a nutshell, the story goes, that William Randolph Hearst,  Andrew Mellon and Harry Anslinger and the rest of their cohorts amassed the  biggest smear campaigns again cannabis, effectively outlawing it on a Federal Level.

The reason for this are speculative and numerous, but the most popular told reason were that hemp was a huge competitor to the oil, lumbar, and pharmaceutical industries.

And the way that Hearst was able to fool the people was to use a word that no one had heard before to refer to this plant, which was Marihuana (also spelled Marijuana).

So just know that when you use that word, you are potentially continuing the negative stigma and beliefs that have been so engrained into the minds of our Grandparents for decades.

It’s time we start calling it what it is. It’s Cannabis. It’s an herbal solution to so many of the worlds problems – as we are seeing across the board today, in dozens of countries.

The Truth on Hemp vs Marijuana by Gatewood Galbraith

This is great way to clearly know the difference between hemp and marijuana, or medical Cannabis.

Gatewood has a wonderful way of explaining the distinction between the two aspects of the Cannabis Plant.
https://www.youtube.com/embed/D5loJEQYP8A?wmode=opaque

The BEST way to teach anyone anything, in my humble opinion, is to demonstrate. There’s a great expression that I’m not sure who coined that goes, “demonstration beats conversation.”

So if you can simply show your grandparents, parents, friends, teachers, politicians etc. all the phenomenal uses for hemp, this is the BEST way of educating them.

It’s up to us to make the change we want to see in the world. And yes I realize that some hemp products can be pricey.

But if you start investing in hemp NOW, it’s going to bring it closer to home, which means we will not have to import it from other countries, ultimately helping bring the cost down, as we will be saving on massive import and shipping costs.

No matter what it is that you do, if there is ONE THING that you can do to integrate hemp into your daily life or business, we can all experience the abundance, health, and prosperity we were born to live.

So if you’re looking for some inspiration on how you can choose ONE THING to do with HEMP in you life, check out our FREE RESOURCE – especially good for hemp entrepreneurs that can’t stay focused on doing ONE THING! 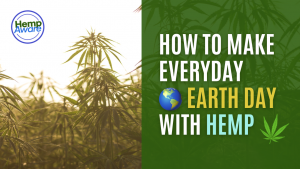 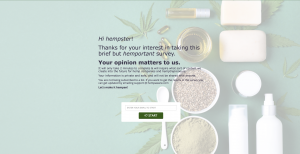 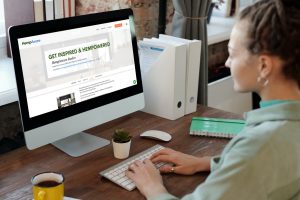 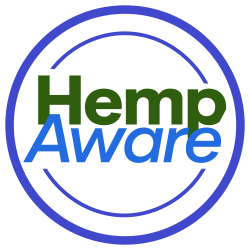 To assist 108 Million People & Companies to DO WELL with HEMP.

During this 30 minute free call, we will ask you some key questions and see if we are able to be of service to you. If anything you will walk away with some insights.